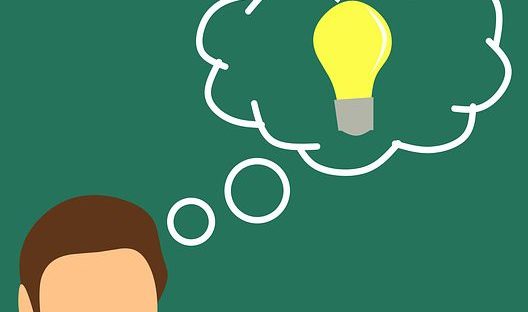 According to the Merriam-Webster dictionary, an epiphany is either “an appearance or manifestation especially of a divine being,” or “a usually sudden manifestation or perception of the essential nature or meaning of something.”  In this blog post, the latter meaning will be discussed.  Though I have never had God appear to me physically, I believe God and others have been instrumental in me having several epiphanies (the latter meaning) in my life.  These epiphanies have been instrumental in shaping me and helping me become a better person than I was before.

Epiphany #1- Have compassion and understanding on those with differing beliefs, both religiously and in other areas.

I had this epiphany about fifteen years ago thanks to one of my favorite authors, Dave Burchett, who wrote the book, When Bad Christians Happen to Good People. Before I read his book, I had rigid views on almost everything. One of the weirder beliefs I had had was that people who really liked a certain singing group, but hated my favorite group, were immoral and intolerant people.  I also thought that people who didn’t believe in a God were likewise rude and immoral.  However, when I read that book, I began to have compassion and understanding for those two groups of people.  I realized that I couldn’t, in good faith, force people to have the same beliefs about anything that I had.  I also learned that music is more a matter of taste, and not always about morality.  I no longer cared about the group that I liked, or about whether people liked the other group or not.  I also learned from that book that some people who profess my faith in God don’t really do what they believe, and that, understandably, a lot of people have been turned away from any type of religion.  Moreover, I discovered some atheists who are some of the kindest and most non-judgmental people I have ever met.

Epiphany #2—Don’t hold grudges. Forgive others as you have been forgiven, and be free at last.

This epiphany occurred to me after discussing a personal issue with one of my pastors at my current church.  I had had trouble forgiving someone and it had gotten to the point where I was coming to church with a bad attitude towards everybody and everything.  Sometime after the discussion, I discovered my excuse for holding grudges for this person and others didn’t really hold water.  I had mainly held grudges as a form of vengeance against the party that hurt me, so that they would “feel” my pain and regret their choices. However, I realized what had really happened was I was hurting myself and my relationships with others not even involved in the incident or incidents, and that the guilty party either didn’t care or didn’t know the pain and bitterness I held inside against them!  So, when I forgave this person, the burden of vengeance, anger, and hatred melted away from me.  I was free at last, and today I am much happier, both with this person and those around me, than I ever was before!

Epiphany #3-Don’t worry so much. You cannot control everything, and that’s OK.

This epiphany occurred to me just several days ago, after I had just experienced a stressful week before. I got this epiphany after reading the book, Overcoming Fear, Worry, and Anxiety by Elyse Fitzpatrick. People had told me numerous times in my life (even before I became a Christian) not to worry and stress so much, and this is something that I am still learning, despite this epiphany. However, this time I think it is really starting to sink in more.  My type of worry, I must confess, is a defense mechanism for the helplessness I feel because I can’t control my circumstances. I hate uncertainty and not being able to  plan for my future because I am afraid that if I am unprepared I will totally lose control of my emotions and/or well-being. In other words, I won’t cope well with the situation.  However, I realized that no fallible human being can really control their circumstances—that some things are just out of our hands. For instance, there is no way to anticipate when exactly you or a loved one will get sick and/or die, or if there will be traffic accident that will make you late to work.  However, when suffering and trials come, I learned that God will always use that situation to teach me something about myself or others and that He will be with me through it all.  Whether you believe in God or not, you can always learn something from the sufferings of your life, which lessons can be used to make you a better and stronger person.  I realized that even in the unexpected or horrible circumstances of life, that there is always hope and resources that will be given to me that I can use to cope better with the resulting pain and trauma.  For instance, when I have worried about not getting some part of my area straightened on time, I have found that one of these three things usually happen:  a.) I can ask for help from the managers or other associates.  b) Most likely, other people will also not be able to finish their areas, either   c) I will really be able to finish, and that I worried for nothing!

All these epiphanies have shaped my life and character in some way.  Having compassion on those with differing beliefs has helped me widen my circle of friends and helped me understand and love the people around me better.  Forgiving others has helped me become less guarded and carry less long-term anger at others.  Learning not to worry so much and letting go of my need to control has freed me from the crippling effects of anxiety and depression and has helped me become more confident in myself and in those around me.  What epiphanies have you had in your life?  What lessons have you learned recently? Please feel free to share in the comments.

View all posts by placeinthisworld247

14 thoughts on “My life Epiphanies”

This site uses Akismet to reduce spam. Learn how your comment data is processed.

My Tweets
Join 172 other followers